IUI involves the injection of a sample of prepared sperm from the husband or partner (IUI-H) into the woman’s uterine cavity around the time of ovulation.

Who is IUI suitable for?

IUI is recommended only if the woman has healthy fallopian tubes, preferably confirmed laparoscopically, and if the man’s semen analysis is normal. It may be useful for women who have cervical mucus hostility and in some cases of unexplained infertility.

What does IUI involve?

The chance of success with IUI is enhanced if insemination is combined with ovulation induction using small doses of fertility drugs. These are taken by the woman, and the development of the follicles on the ovary is monitored with ultrasound. The insemination is timed to take place 36-40 hours after administration of another hormone injection which triggers ovulation.

What are the symptoms of male infertility?

In most cases, there are no obvious signs of infertility. Intercourse, erections and ejaculation will usually happen without difficulty. The quantity and appearance of the ejaculated semen generally appears normal to the naked eye.

On the day of the planned insemination, the husband/ partner provides a semen sample. A concentrated preparation of motile sperm is extracted from the semen sample in the laboratory. The sperm preparation is placed into the uterine cavity by the doctor/IVF nurse by means of a fine catheter inserted through the cervix. In general, IUI is a painless procedure, which takes only a few minutes.

IUI is also sometimes carried out using the sperm of an anonymous donor (IUI-D) in couples where there is a significant male factor involved.

Yes, for some couples, IUI is a very effective form of treatment provided that the man’s sperm and the woman’s tubes are healthy. The success rates for IUI are generally around 10-15% per cycle. 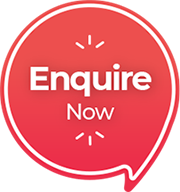